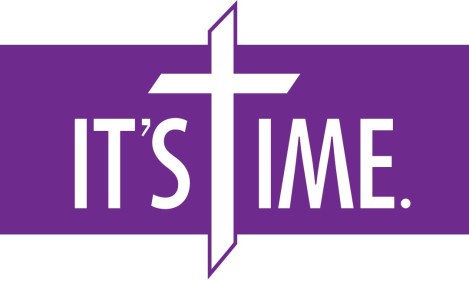 Disclaimer: I write this as a person who professes faith and whose faith is his profession. I am an Elder in full-connection, and in good-standing, in the United Methodist Church (UMC) in the Western North Carolina Conference. Below are my thoughts as my denomination’s General Conference meets May 10-20 in Portland, Oregon to consider, amongst many things, marriage equality and the ordination of LBGT persons. What follows are some of my thoughts on what is under consideration. I do not speak for my denomination. Here are two current United Methodist stances on homosexuality that are being considered for revision: “The practice of homosexuality is incompatible with Christian teaching. Therefore self-avowed practicing homosexuals are not to be certified as candidates, ordained as ministers, or appointed to serve in The United Methodist Church.” And “Ceremonies that celebrate homosexual unions shall not be conducted by our ministers and shall not be conducted in our churches.”

You simply cannot minister from on top of a fence, and I should know: I made a go of it. (I found fence-life to be cramped. Its confinement was surprising as I had always thought that there would be a great breadth of real-estate to be found in the middle.) It felt like I had straddled a Spanish donkey.1 Though excruciating, I balanced myself on top of that fence rationalizing the rightness of my position. I consoled myself with an inner-dialogue of pastor-speak: pastor-speak being theological-sounding nonsense that justified my not loving my neighbor as I love myself. Riding the fence was a torture I justified by saying, “I got a family. I need this job. I got to earn a living. I can’t give up my benefits.” My concerns were not insignificant, but my hiding behind them revealed a lack of integrity. “For what will it profit them to gain the whole world and forfeit their life?”2 And though there were many opportunities to get off the fence, I dismissed each opportunity by reminding myself to pick my battles. My problem was that I could convince myself that no “battle” was worth fighting. I became Switzerland; a master at neutrality.

The belief that anyone can minister from on top of a fence is dangerous fiction. The only rational thing that I could do is get off the damned fence!  So, I slid off. I no longer suffered from maintaining the illusion of neutrality. My suffering for the sake of that illusion was in no way redemptive. Redemptive suffering began when I could see my brothers and sisters on the other side of the fence and realizing that I can reach over, but I cannot cross over. I now stand and, at times, struggle to see those facing me as being, no less than I, a child of G-d. The worse kind of fences are the ones where both sides can see across. It would seem preferable to live in ignorant isolation—to live without any idea of what life was like on the other side. To see the grass that is greener, but be forced to long for that lawn from a distance.

For some time my ordination has weighed heavy upon me. The weight was measured in guilt. What violence have I visited on LGBT children of G-d? Had I placated parishioners when I should have challenged them to be more inclusive robbed another person of his/her rights? Was I doing nothing more than dealing opiates to the masses that attend Masses? Lord have mercy on Chris-come-lately. Lord have mercy on this pastor-fresh-off-the-fence.

Demanding justice and equality—direct action—for my LGBT brothers and sisters I hold to be primary; reconciliation will have to wait until those who are currently vulnerable are protected under the law of the land and of the church. And that my brothers and sisters know that we are all equal in G-d’s kingdom, and specifically in its manifestation in the United Methodist Church. Action is primary. “It’s time.” And G-d is not interested in moving at the speed of the church.

1 The Spanish Donkey, is a triangular torture device with one end of the triangle pointing upward, mounted on a saw-horse like support. The victim is made to straddle the triangular “horse.” Weights or additional restraints were often added to keep the victim from falling off and increasing his/her pain.

One response to “It’s Time”